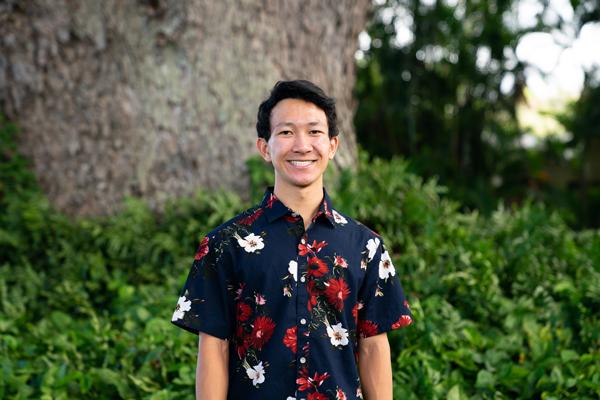 Adam Hu ‘19 has received the Regents Scholarship from the University of Hawaii at Manoa. The scholarship covers his entire undergraduate tuition for four years. He will also receive a $4,000 stipend each year, and a one-time travel grant of $2,000. To qualify, applicants must have an SAT total score of at least 1340 or ACT combined score of at least 29, maintain a 3.5 GPA, and participate in extracurricular achievements. Hu plans to study engineering and hopes to become an engineer like his father.

Hu attended HBA for just two years. He transferred from Trinity Christian School in Kailua at the start of his junior year. While he was content at Trinity, his parents wanted him to have more opportunities and resources to prepare for college. Hu says his first semester at HBA was lonely. During that time, he relied on his faith and trusted that God would eventually make everything OK. The turning point came at Junior Camp. That’s where he got to know his classmates better and started to make friends.

“Camps are really relaxing. You don’t worry about homework, you eat great food, and you relax. I really enjoyed going to camps,” said Hu.

“Mr. Vorderbruegge is friends with three of my teachers at Trinity. Having him was sort of like being at Trinity because of that connection. I’ve enjoyed talking to him about life and faith. He’s a very good teacher too. He’s had a big impact on me.”

“I was taking regular chemistry because I hadn’t done that yet at Trinity. Mr. Hu said to me, ‘Hey! Why don’t you take AP Chemistry? You’re already in calculus.’ So I took a chance and I did. I really enjoyed Mr. Hu as a teacher because he pushed us to strive for our best, and he’s a funny guy.”

“I did drama at Trinity, and drama’s the one place I’ve felt at home. You can talk to people in all grades, have a lot of fun, and just be yourself.”

Hu says he’s thankful for his theater teacher, Mr. Peter Chang ‘92, because he’s “a patient man,” who willingly puts up with rowdy and rambunctious high schoolers who aren’t the easiest to work with.

“I give him props for putting up with us all of the time.”

Faith has also played a large role in Hu’s life. Hu grew up in a Christian home and accepted Jesus Christ as his Lord and Savior at around age six or seven. His faith really grew when he joined the youth group at Calvary Chapel Windward during his freshman year.

“Some of my closest friends are there. We’ve gone on missions trips twice to Japan. Seeing the faith of my friends and my youth pastor has been very encouraging.”

When it was time to apply for colleges, Hu had set his sights on the mainland, but after visiting UH’s school of engineering, he decided to attend the school. He had found the facilities and program comparable to what he had seen on the mainland, and the Regent’s Scholarship helped to seal the deal. So he will be staying here.

Hu is very thankful for the help that his father Randall had given him with the Regent’s scholarship application.

“He really helped me out with the essay. It’s hard to convey your personality and values to a scholarship committee in just a few hundred words, but my dad helped edit my wording and gave advice on what topics I should emphasize. He’s been a real integral part in my journey to college. He’s been a good mentor to me.”

“Be kind to everyone you meet. You’re here for school, you’re here to learn, but ultimately, when you go away, the thing that people will remember about you is not what awards you got, or how well you did in a certain class; it’s how you treated them. People need love and kindness in the world. Be that love of Christ because they really need it.”