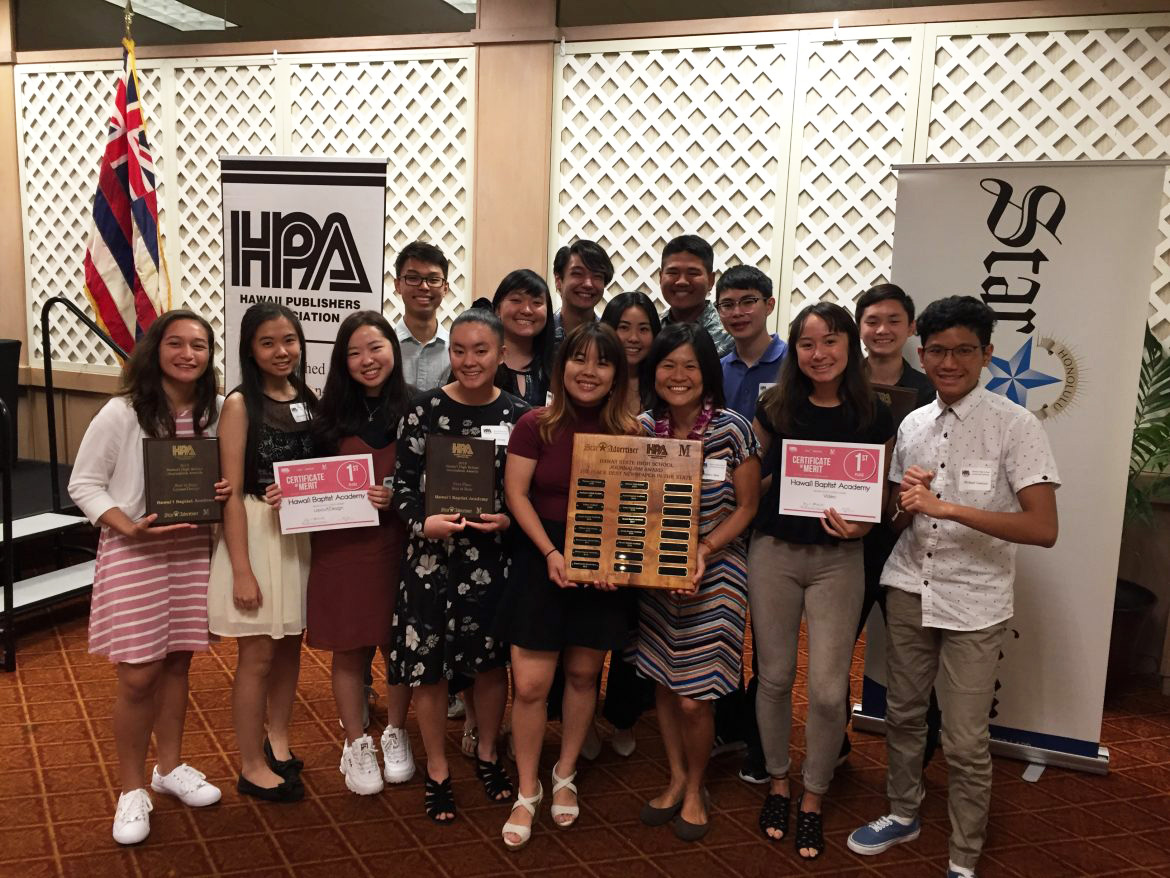 The Eagle Eye staff received the best-in-the-state award at the Hawaii High School Journalism Awards on April 17. This is their fifth consecutive year winning the award. Photo courtesy of The Eagle Eye.

“I want to thank our team for working hard, pushing through, and getting everything by the deadlines to print. I really want to thank Mrs. Sim for everything she does. She’s the whole reason why we’re able to keep up this five-year streak and strive to be better, and not settle for being mediocre,” said Kristin Lau '19, editor-in-chief.

Eunice Sim took over the news production class in August 2012. Since then, the class has greatly expanded. In 2013, Sim oversaw the launch of the paper’s website, which includes news briefs, blogs, and video content. Traditional newspapers are no longer printed; rather, the class publishes a monthly magazine with themes ranging from holidays to important issues such as social and emotional health. They also promote their content on their Instagram account, @hbaeagleeye, which was launched in 2016.

“As a teacher, the most rewarding moments are when you are able to help students turn their ideas into something workable and tangible. For example, the push to have a website, a social media account, and to do a weekly morning announcement video came from students. I hope students realize that there is a lot that they can achieve, as long as they're willing to do the work and hold themselves to high standards,” said Sim.