A grape tomato boards a model boat, excited for his big trip to Hawaii! He sails across the blue ocean made of PlayDo, filled with enthusiasm. But his five day journey is just too long. The once plump and bright tomato now looks like a dark, shriveled raisin. He is greeted at the dock by a tomato who has been grown in Hawaii. The contrast between their appearances is striking. The locally grown produce is fresh, filled with color, and looks very appetizing. The message, which is clearly stated at the end of the public service announcement, encourages all viewers to eat locally grown, fresh produce, so they can enjoy all of the nutritional benefits and get the best flavors in their foods.

The PSA was put together by nine middle school students in the Basic Filmmaking class last fall, taught by Sean Malinger. Their hard work was recognized on April 24 at the Youth Xchange Statewide Video Competition, hosted by Olelo Community Media. Their PSA, entitled “Eat Local, Eat Fresh,” was named the winner for the PSA category. For their prize, they received a Sony HD video camera which will be used for future student projects. A rebroadcast of the awards ceremony will be available on Olelo channel 53 on the following dates and times:

Eighth graders Jordan Davenport and Ashley Kodama created the storyboard for the PSA. Davenport says she was surprised that their project won due to the high number of well-produced entries.

“Everyone laughed at the end of ours, so I guess they thought it was funny,” said Davenport.

Davenport says the most important thing she has learned from this project is the value of teamwork because “everybody played a part in the production of the video.” She is now looking forward to expanding her experience in film by studying animation. 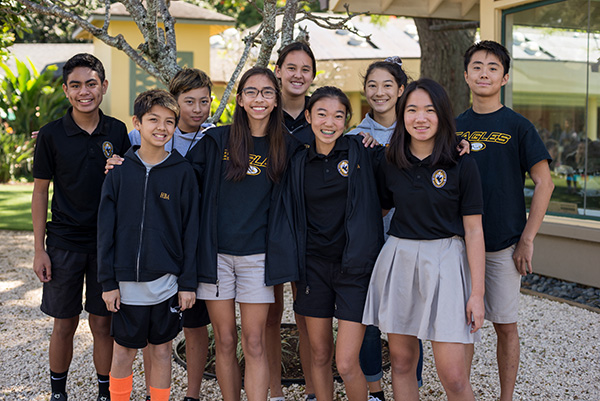