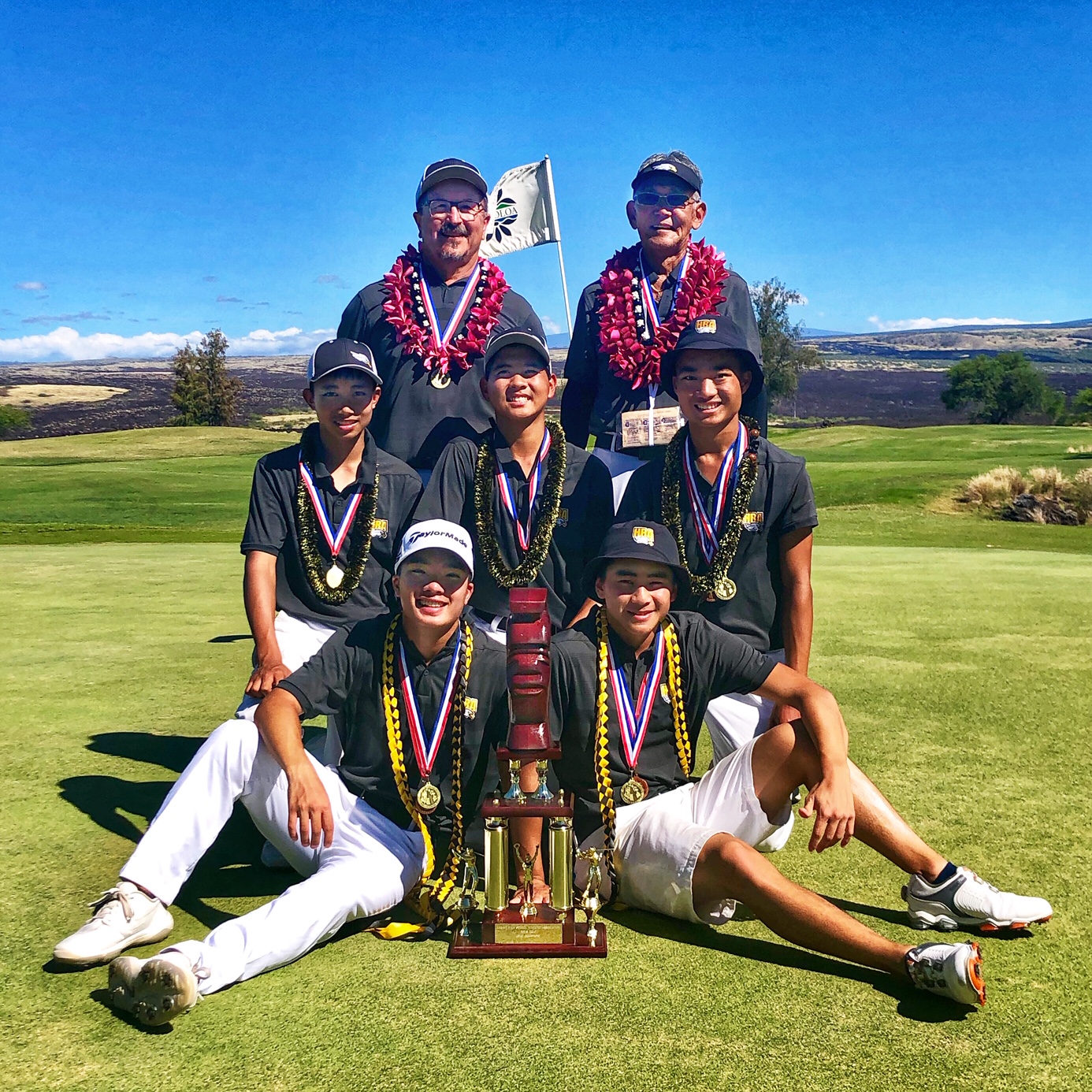 For the first time in school history, Hawaii Baptist Academy can call itself a golf state champion.

The two-day event was held on May 9-10 at the Waikoloa Resort Kings Course on the Big Island.

All three players were also top-10 medalists last year when HBA didn’t have a fourth golfer qualify for the state tourney and therefore could not post a team score. Joshua Hayashida and Jonathan Chung, both freshmen, joined the team this year and were heavy contributors to the team’s success. Hayashida led the ILH in scoring average (70.5), while Chung posted a solid 77.25 average.

HBA went undefeated in the ILH season, winning 7 tournaments and tying an 8th (with Iolani) to claim their first outright ILH title since 1998. So, while there was expectation that the team would do well (at states), the team was unproven against the rest of the state’s best players and teams.  Kam - a 3-time state medalist - and Nakamura were competing in their fourth state tournament, but their first as part of a scoring team.

While this is HBA’s first team state title, the school has had a strong tradition of  golfers. Current HBA intermediate coach Kellen Asao ‘01 was a part of the ‘98 ILH title team. His older brother, Norman Asao ‘98 - the 1997 individual state champion - was his teammate on that team. Both played collegiately at the University of Hawaii at Manoa. Besides the Asao brothers, other former Eagles who were state medalists in multiple years were Jason Hattori ‘96 and Kendall Fukumoto ‘95.

Congratulations to our Eagles!